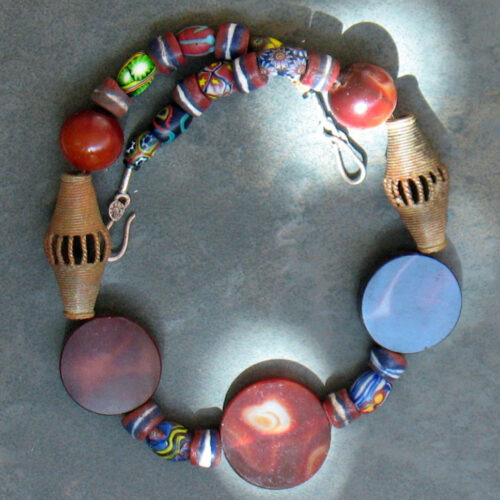 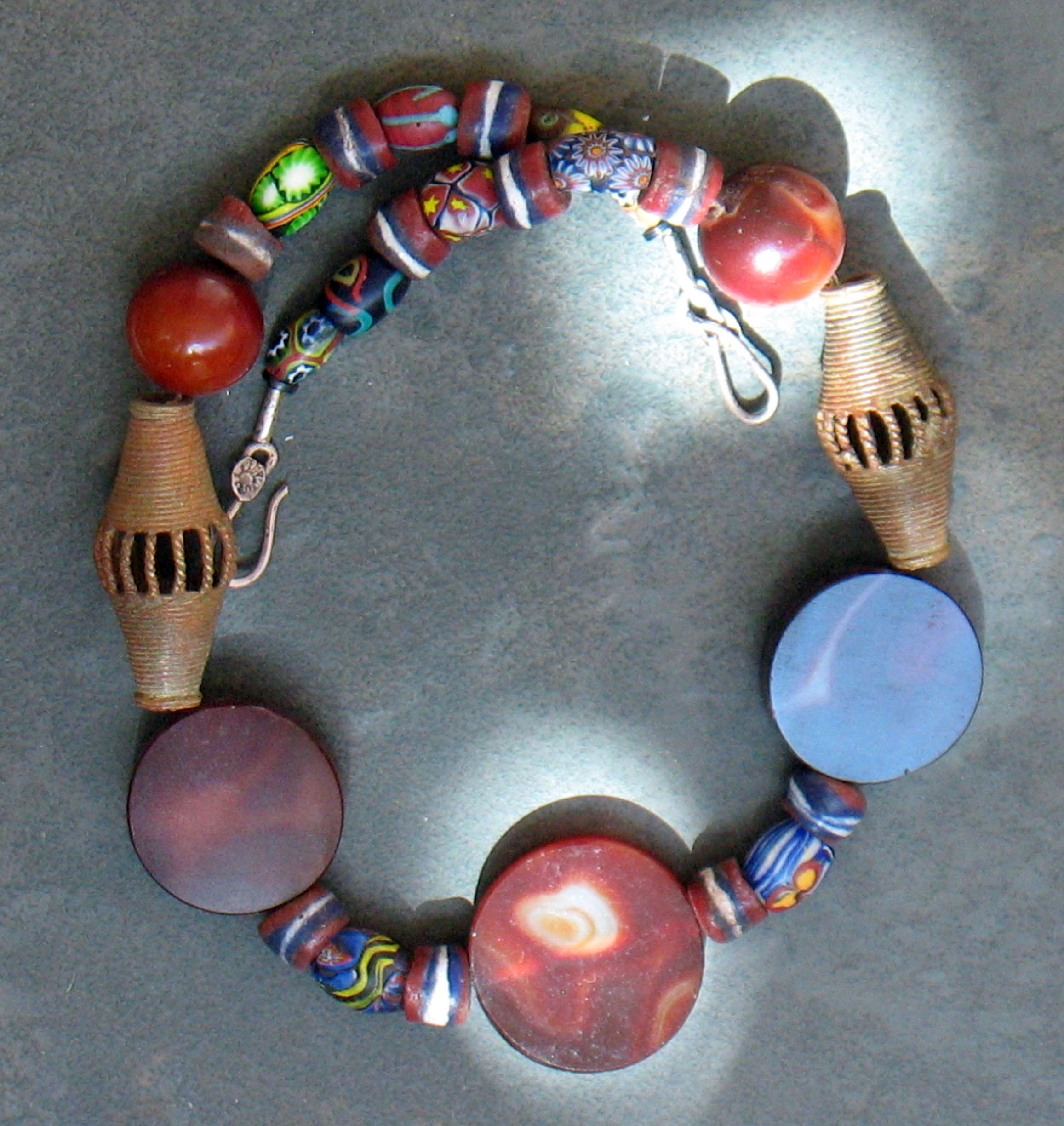 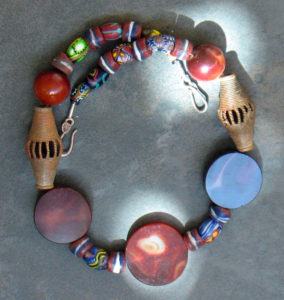 Towards the end of the 15th century, a love, first, was born between the inhabitants of the west African coast and Europe.
Rumors of gold which was to collect pebbles as had decided to first Portuguese, then naturally the Dutch, English, French, Belgian and German to establish the counters where magic exchanged during these four centuries loves small glass beads that are.
From Venice, the Netherlands, Bohemia, they instructed millions of pearls.
In exchange, they were ivory, palm oil, timber and precious especially gold.
But what happened to these wonders?
Why does it take this year to collectors, through the villages of Africa to meet a single row of “Mille Fiori” pearl identical?
Richard Burton, the explorer, responded to it after discovering the sources of the Nile: “It is possible that increased demand on the part of the inhabitants of regions that their situation deprived of any direct relationship with the coast, has caused the dispersion of these pearls across the vast terra incognita Basin in Central Africa “
While in his book “How I Found Livingstone, the interpreter explained Henry Morton Stanley, while they were on the upper river RUGUFU, about a ceaseless rolling thunder that do not storm: “There is a great mountain, on the other side of Tanganyika, full of deep holes where the water rushes and when there is wind, it makes a noise like thunder. Many boats were lost there, and is customary for both Arabs for indigenous launch white pearls to appease the gods of the lake.
What Lois Sherr Dubin confirms in his book “History of pearls”
“The bottom of lakes, rivers, streams and coastal streams may well be based where some of these tons of pearls lost. Fortunately, the rainy season brings each year, thousands of pearls of all ages on the banks and beaches of the continent.